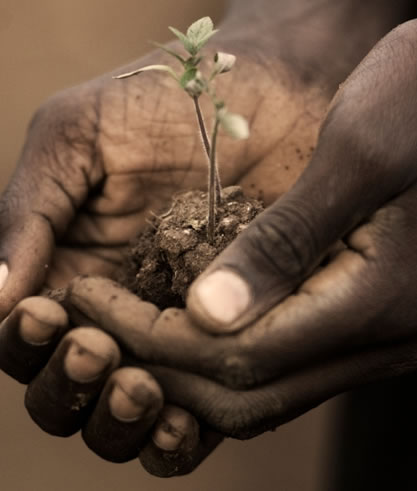 Environmental challenges in Somalia are mostly natural and man-made. These challenges are related to deforestation, water scarcity waste disposal in the sea and land.

Man-made environmental problems include deforestation for charcoal export, the dumping of hazardous waste, and livestock and agricultural practices which place a strain on natural resources. The increasing aridity of Somali climate, coupled with excessive timber cutting and overgrazing needs extensive and collaborative intervention to prevent further deforestation and desert encroachment.

Environmental protection is one of the basic prerequisites for the overall development of Somalia. If economic growth and development are to be established, and there is no country in the world that does not want to do so, biodiversity must be contributed. As awareness of environmental protection is developed, human awareness is also developed about the need to preserve the environment by preventing adverse impacts on nature. Law, as a scientific discipline, plays a significant role in these endeavors.

Land degradation is a key environmental issue in Somalia, closely linked to desertification, drought and unsustainable livestock and agricultural practices. Food insecurity and livelihoods, possible hazardous waste, lack of marine and coastal management, and the mitigation and management of natural disasters are other environmental concerns.

Forests cover about 13 percent of the total land area of Somalia. Large areas of rangelands used to be covered by various tree species, mainly acacias. Flood plain forests along our two rivers of Shebelle and Jubba have been destroyed by clearing land for small farms and plantations. Forests form the habitat of many of Somalia’s over one thousand known species of animal and over three thousand plant species some of which are unique. Researchers stated that charcoal-burning has become a major source of income for 70 percent of poor and middle-income pastoralists. It is estimate that four trees are cut to produce one sack of charcoal. The charcoal industry has significant implications on livelihood security exacerbating community conflicts and increasing vulnerability to drought as well as it is rapidly depleting the forest resource.

Yasmin Foundation will educate our people against cutting trees and plant trees.